I'm repairing my second Korg KR-55 drum machine. They both had a ton of failing electrolytic capacitors that needed replacing. In the first machine, the capacitors had leaked and damaged the board. In the second, one had failed and shorted, causing the snare, hihats, and cowbell to not work.

Recommending "recaping" as a general fix, is something of meme now. It's no joke on the Korgs though. I advise replacing all the electrolytics in them, so I made a the following images and lists to help.

The logic board only has a few capacitors. The 470u are the large, axial type, and don't seem to be an issue. They're listed for completeness. 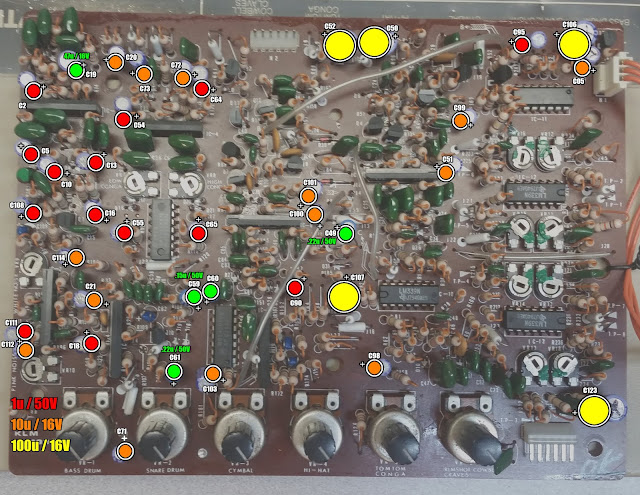 Here are the footprints on the bottom, to help with desoldering. These are not coded, because they should all be removed. 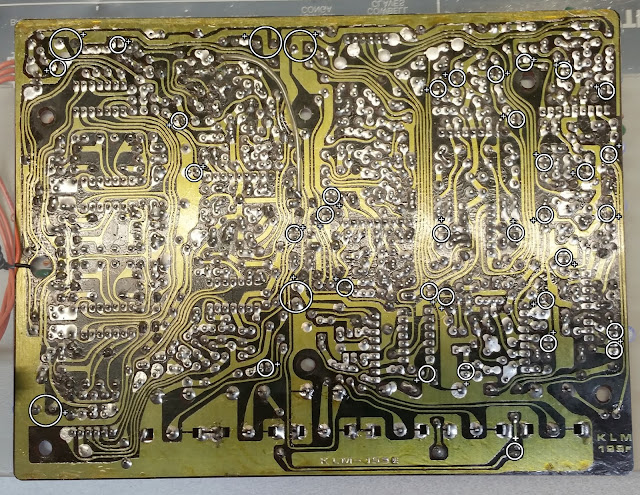 Here are the types and totals of capacitors:

Here are the individual capacitors, and their function in the circuit. This can be helpful for debugging.