I made a simple adapter to run my DR-55 from a wallwart instead of a battery. The DR-55 uses the battery to preserve the pattern memory, and my adapter forced me to remove the battery. So, I added a coin cell that is able to retain the patterns, and leaves room for my adapter.

This modification might still be useful without the wallwart adapter. It lets you remove, or run down your AAs without losing your patterns.
The modification requires:
Optional parts: 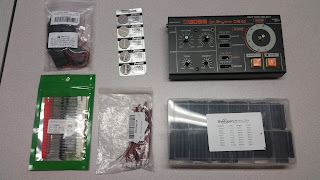 I then soldered a schottky diode in series with the battery. This prevents another power source attempting to "charge", and destroy the CR2032 coin cell. A schottky diode is used for the low voltage drop it offers. This lets the RAM see a higher voltage from the battery, and function longer as the voltage decreases.
The white line of the diode points away from the battery, and the other end is soldered to the red wire. A little heat shrink tubing keeps the diode lead, and wire, from shorting anything. 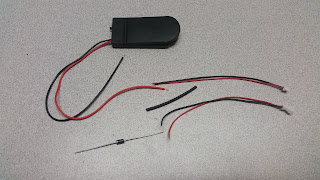 I attached the battery as shown across capacitor 39, as it bridges the RAM's supply pins. 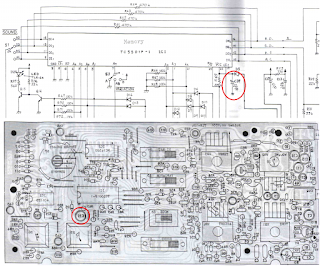 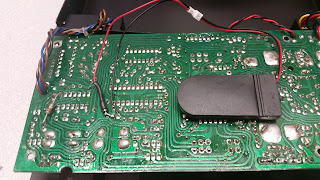 I closed the machine up and slid the battery holder between the case and PCB. It can also be mounted in the battery compartment with some adhesive foam. 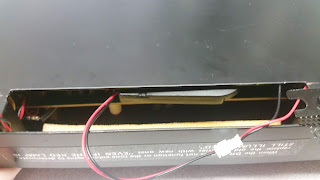 That's it! Make sure the holder is switched to "on" and that you put one battery in it. The holder is made for two batteries, but works fine with just one. In fact, two cells offer a bit too much voltage for the RAM, and may shorten its life.