The Sound Master SR-88 is a royal pain to sequence with. Mostly because it only has clock (and trig) out in a nonstandard PPQN(pulse per quarter note).

There are a few solutions:


Triggers it is. This is a pretty simple mod: just disconnect the TC5501 RAM from the sound generator and connect your triggers. This has already been documented here, but I found the images unclear. Since I'm performing the same mod, I used the opportunity to take my own pictures. 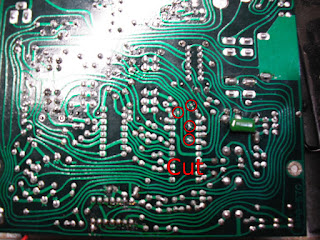 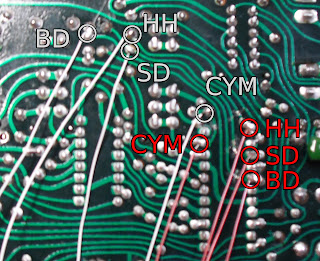 Attach switched jacks such that the original triggers are used in the absence of external triggers. Ground to the ring, red to the switch, white to the tip.

Mount the jacks and you're all done. I used the battery area since it had lots of room. Also shown is an added LM7805 regulator that allows the SR-88 to use a standard 9v power supply. 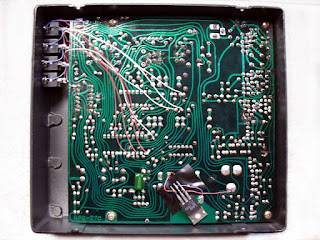